Due to their mechanism of action, the new oral anticoagulants are named direct oral anticoagulants (DOACs). Dabigatran is a selective, competitive, direct inhibitor of thrombin (Factor IIa) while rivaroxaban, apixaban and edoxaban act by directly inhibiting the activated Factor X (FXa) in a selective and competitive manner. DOACs have a relatively short half-life and almost immediate anticoagulant activity, and rapidly reach the plasma peak concentration. Therefore, they do not need a phase of overlapping with parenteral anticoagulants. After their withdrawal, their removal is sufficiently rapid, although influenced by renal function. Dabigatran is the only DOACs to be administered as a pro-drug and becomes active after drug metabolization. The route of elimination of dabigatran is primarily renal, whereas FXa inhibitors are mainly eliminated by the biliary-fecal route. The drug interactions of DOACs are mainly limited to drugs that act on P-glycoprotein for dabigatran and on P-glycoprotein and/or cytochrome P3A4 for anti-Xa. DOACs have no interactions with food. Given their linear pharmacodynamics, with a predictable dose/response relationship and anticoagulant effect, DOACs are administered at a fixed dose and do not require routine laboratory monitoring. 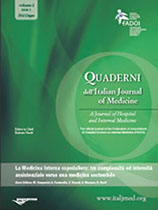